Help the Orangutan Foundation International Canada in its mission

Read about the biggest threats to the dwindling populations of wild Bornean and Sumatran orangutans and what the Orangutan Foundation International Canada and you can do to help them.

We rely on your donations to care for the 300 plus orangutans at the OCCQ Care Center as well as to purchase and protect remaining orangutan rainforest habitat. Please help us and donate today. Donate Here

Orangutans have a high level of intelligence which manifests itself in tool-use and the making of tools in the wild. Read more about Orangutans, their social organization and other behaviours here. 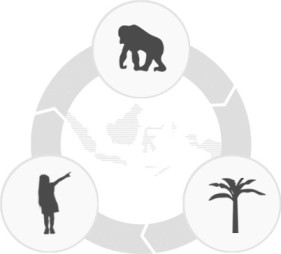 Orangutan Foundation International Canada's wildlife conservation objectives are aimed at preserving nature for the greater benefit of society. We believe in a three-pronged strategic approach to protecting wildlife. The Orangutan Foundation International Canada works to help local people, to conserve rainforest habitat and to protect local wildlife as well as the orangutans of Indonesian Borneo. Read Our Mission Statement » 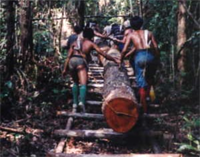 In the 1970s the situation facing orangutans and the existence of rainforest seemed somewhat bleak. Little did I know! The situation in the 70s was actually the calm before the storm. Suddenly, sometime in the late 1980s, everything seemed to go haywire. The destruction of the forest around the National Park accelerated. Gold was discovered […] 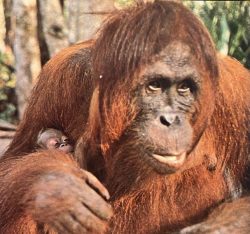 In the mid 1970s, two retired Indonesian Army Generals, one of whom had been the very popular Chief of Police for all of Indonesia, gave me their four orangutans. One of the retired Generals, who spoke English quite well because he had been a prisoner in Europe during the Second World War after being captured […]

This World Orangutan Day we are thrilled to be able to share with you an in depth interview with OFICanada President, Dr. Biruté Galdikas with Blane Edwards of Earth Offline and Orangutan Alliance. This podcast features discussions with eco innovators, thought leaders and change makers who are doing their part to make a positive IMPACT […]

eNewsletter Signup Keep up with the latest news from the field with our newsletter. Sign up and receive updates.